A Camp Nightmare of Wartime Times

In memory of all those who died or had to live for some time in the torments of everyday life in the Auschwitz Birkenau camp, the Museum in Oświęcim has opened the facility to visitors. In my opinion, every countryman, and even every person who has the possibility, should at least once in his life see this place, to realize how much evil was brought by the war, and in what conditions people had to live.

Auschwitz-Birkenau State Museum is one of the three most visited museums in Poland. The high level of interest means that if you arrive without a ticket, you will be standing in long lines with no guarantee that you will have a chance to visit the camp. I suggest that before you arrive you book your ticket on the museum website and arrive half an hour before the appointed time to collect your ticket.

Oświęcim is well connected with Katowice and Kraków. It is easily accessible by public transport. The journey time from Katowice takes about 50 minutes, from Krakow 1.5 hours. The train station in Oswiecim is 1.6 km away from the camp. The company KrakowDirect from Krakow offers you a comfortable transfer and licensed guide during this tour. 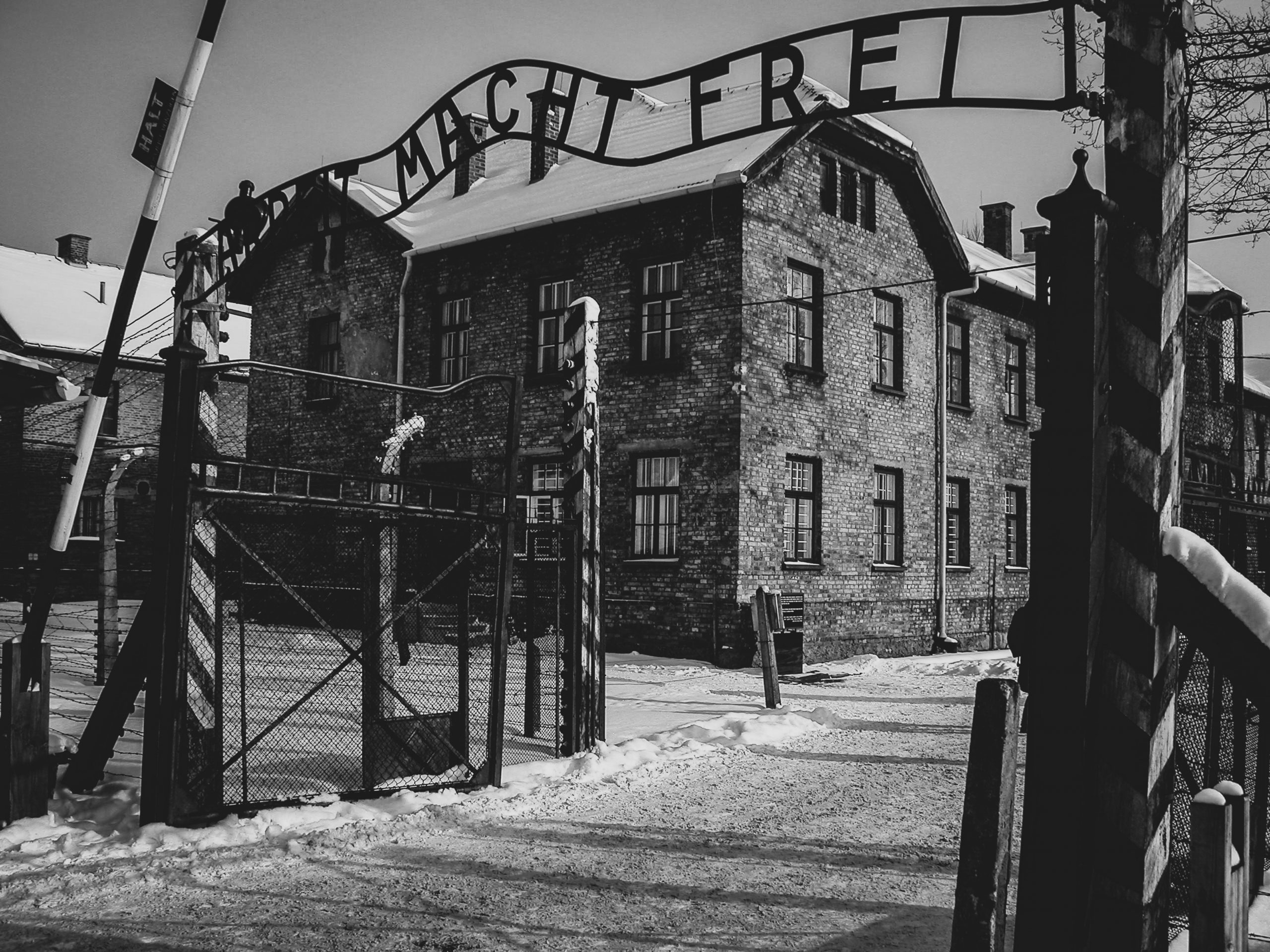 A journey into the past – hell on earth

Every day we do not appreciate what we have, what possibilities the world gives us now, freedom, choice, peaceful life or stores full of goods. When you visit Auschwitz, I guarantee that you will be transported to a different reality, which now seems almost impossible to you, and you will make a journey to times in which you would never want to live.

The visit to the Auschwitz-Birkenau death and extermination camp left an indelible impression in my heart. A visit to the largest cemetery in the world I will never forget. It will be refreshed from time to time in my memory. When thinking about hell, some people have biblical visions of the place where people end up for their evil deeds on earth. They are tortured and punished. When you enter the grounds of the former German concentration camp in Auschwitz-Birkenau, you get the impression that hell was located there for several years. Hunger, medical experiments on living people, terror, exhausting labor, diseases, executions, gas chambers, Zyklon B – all this was experienced by the Poles, Jews, Roma, and others who were brought here.

History of the concentration camp

A visit to the Auschwitz-Birkenau Memorial and State Museum in Oświęcim is no ordinary trip. Visiting this camp evokes the memory of those events, genocide and the Holocaust, and the cruelty that was committed here sends shivers down your spine. It also gives much food for thought. Why didn’t the rest of the world react when innocent people were mass murdered. We should pray that such a tragedy never happens again, that man never again falls as low as the Germans fell almost sixty years ago.

The liberation of prisoners from the camp took place on January 27, 1945, and in 1947 Auschwitz I and II were transformed into the Auschwitz-Birkenau State Museum in Oświęcim. In 1979 the grounds of the former camp within the boundaries of the museum were entered on the UNESCO World Heritage List, which indicates the unique significance of the site. It is the only site of its kind inscribed on the list, intended to represent other places of genocide.

Going on a trip to Auschwitz, it is worth planning at least 2 hours for sightseeing. The grounds and most of the buildings of the former camps Auschwitz I and Auschwitz II Birkenau are available to visitors.

Just like prisoners I crossed the gate with the inscription „Arbeit macht frei” above it. (Work makes you free). This is one of the well-known symbols of the camp and the suffering of millions of human beings. In front of your eyes you can see the brick camp barracks, which now house thematic exhibitions. There you can see the life of prisoners from the moment they crossed the gate until they were cremated. From the pictures hanging on the walls, we are guided by the eyes of those who ended up in this hell. They took everything away from them, even their first and last names. Piles of suitcases, prostheses, cosmetic utensils, and shorn hair make a big impression.

The wall between barracks 10 and 11, where flowers are laid and candles are lit, was the place where prisoners were executed. The last point of the visit to Auschwitz I is the entrance to the gas chamber and crematorium.

The second part of the camp

Auschwitz II looks a bit different than the first camp. A large area covered with grass, and there are rows of barracks and chimneys. At the end of the track you can see the ruins of gas chambers with crematoria, blown up by the Germans at the end of the war. According to history, mainly Jews were brought here and many transports were sent directly to the gas chambers. There was also a selection of people suitable for forced labor or medical experiments. Those who passed were given a number and then tattooed.

Preserve the memory and safeguard the future

Walking around the camp, one had the impression of being in one large processing plant, where live people were used as slaughter animals. First the transport in wagons, like for cattle, and then the racial segregation. The sick, the old, and the children went straight to the gas chamber.

Some people treat visiting Auschwitz-Birkenau as a history lesson, but it is worth looking at it more broadly. Think about what was behind the rise of fascism, how the wave of hatred and violence was created, and relate it to later years and the present.